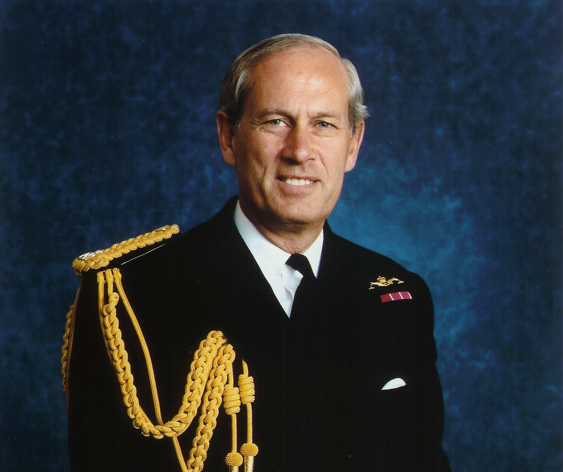 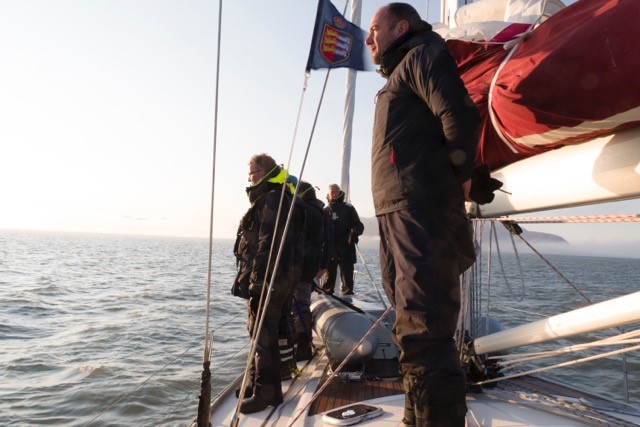 MESSAGE FROM THE PATRON

The Arctic Ocean is not only one of the most spectacular natural habitats on this planet, but also one of the most challenging seas to sail on. Over centuries brave men and women from many different nations have crossed this ocean: explorers, fishermen, researchers, Navy and Merchant mariners and sailors. Maybe all their voyages had a different objective, but they always had one particular thing in common – it was a voyage to the extreme: freezing cold temperatures combined with high storm probability, strong frequency of fog and the permanent danger of ice encounters.

During the 2nd World War men and women were sent to this sea area to fight a battle of awful intensity in the years between 1941 and 1945, the years of the ‘Arctic Convoys’. In total 78 convoys, assembled on the East coast of North America, Iceland and at Loch Ewe in Scotland, sailed to Arkhangelsk and Murmansk and back. They involved some 1400 allied merchant ships – escorted by the Royal Navy, Royal Canadian Navy and US Navy – delivering supplies to the Soviet Union under the Lend-Lease program. German surface, submarine and air forces attempted to disrupt these convoy operations to prevent the unharmed arrival of their essential cargoes to the ports and, consequently, to the contested frontline. It was a brutal sea battle where thousands of Allied and German seamen and airmen lost their lives.

Without question, any person who is prepared to give his life in the service of his country and for the protection of others should be remembered. Expedition Arctic Ocean Raptor’s objective is that the memory of these brave women and men never fades or is allowed to be tarnished in any way. Maybe it is one of the first times where such an initiative surpasses any national thinking. It starts at the heart of what all these men and women we remember have been – sailors. Comradeship on sea goes far beyond any border. It is about respect, honour and duty; about humility and humanity.

Carefully bearing all this in mind, the international team of Expedition Arctic Ocean Raptor, composed of British, German, Italian, Slovenian, Spanish and US sailors, will navigate in a 47ft sailing yacht to those same Arctic waters. This expedition will be supported by associations around the globe and friends also from Belgium, France, Norway and Russia. The overarching goal of this sea and shore based Expedition is to contribute to keeping alive the memories of all those brave souls who operated in the Arctic Ocean on both sides, and especially those who paid the ultimate sacrifice, during that time of conflict in the 2nd World War.

Peter Nixon, Chairman of the Channel Dash Association, who established the contact with the Global Offshore Sailing Team, once summarized it perfectly with the words: “ … working so hard to bring history back to everyone`s attention and recognizing the many great acts of courage performed on our behalf by men and women of all sides during a period of conflict. … It is not about winners or losers. … The world is a wonderful place to live because it is made up of many different, but beautiful countries.… We should be proud of this fact. Equally, we should not be ashamed of our past, nor should we glorify it, for it was our past which created what we are today.”

This is what Expedition Arctic Ocean Raptor is all about.

I would like to invite you becoming part of this initiative by writing to the team or posting on the website, connecting to the partners and associations which are part of this unique venture.

Admiral of the Fleet the Lord Boyce

Lord Boyce joined the Royal Navy in 1961. He qualified as a submariner and in the course of his time in that specialisation commanded two conventional submarines, a nuclear attack submarine and the Submarine Training Squadron. He also became an Anti-Submarine Warfare specialist. Away from the underwater world, amongst other duties, he commanded the frigate HMS BRILLIANT, was Director of the Naval Staff and had the role of Senior Naval Officer Middle East. He was promoted to the Flag List in 1991 and was subsequently Flag Officer Sea Training; Flag Officer Surface Flotilla; Commander in Chief Naval Home Command and Second Sea Lord; and Commander in Chief Fleet. During this period he was knighted and also held a variety of senior NATO Commands. He became First Sea Lord in 1998, Chief of Defence Staff at the beginning of 2001 and retired in May 2003. He was appointed Admiral of the Fleet in June 2014. He was a Non-Executive Director/SID on the Board of W S Atkins plc (2004-2013) and a Non-Executive Director of VT Group plc 2004-2010. He is Chairman of The D Group Advisory Board and Protection Group International; and an Advisor to Atos and Atkins.

He is a keen sportsman, on and off the water, and follower of opera and ballet.